We believe in burning tokens rather than taking revenue or distributing dividends. Token value goes well beyond price speculation and investors capitalising on short term gains. The value of a token often has direct impact on the amount of active community development and support. The higher the value of a token, the more firepower a project has to innovate and build to strengthen the respective ecosystem. It also directly ties into credibility (even if it should not). Often the higher market value projects (in terms of token value) are seen as more trustworthy than those with lower values. So how does a project implement an economic model that favours continuous increase in token value? First, it bases it on usage, not on speculation. This means that tokens are given value directly from the amount of users it has rather than a prediction that the price will be higher in the future. This can be done by incorporating token burn functionality which consists of a user having to burn, or remove an amount of tokens from the supply forever, for using the applications. For example, to use MyBit Go, a user must burn $29 worth of MYB. This means that for every new user, $29 worth of the MyBit Token are removed from the circulating supply forever. This burning feature should increase the value of the remaining tokens by a combined value of $29. For example, say the market value of the MyBit project is $1,000,000 and there are 1,000,000 tokens. Each token is worth $1. Then imagine a user burns 29 MYB equivalent to $29. Assuming that the user will spend no more money after the initial access cost, this results in the project still being worth $1,000,000 but there are only 999,971 tokens resulting in a value per token of $1.00003. This may not seem to have an impact at a small scale, but imagine if there were 100,000 users. Using the formula which simulates 25 new users at a time purchasing $29 worth of MYB and then having that amount burnt results in a token value estimate of $18.18 per token when users reach 100,000. After this amount of users the value begins to go parabolic so it is difficult to realistically estimate what a token value could be once 1 million users is reached - only time will tell. The increasing price of the token will also not affect new users. They do not care what the price of a token is, they just know they must purchase $29 worth of tokens to access the platform. To them it does not matter if the token is $0.01 or $10,000 - either way they are solely purchasing $29 worth which will instantly be burnt to enable access to the application. Of course many variables have been left out of this equation such as: 1. What value do new users bring to the ecosystem? If a user spends additional money on the application after the access cost layer where tokens are burnt then the market value would not remain constant. Instead the network value would also increase with each new user. A simple way to add in this metric is by using the projected discounted cash flows of a users life cycle. 2. What is the current token distribution? Do a few people have a large control? If so, they may choose to sell a large amount at any time which reduces the token price and is not factored into the example above. On the other side, they may choose to never sell their tokens, thus making the supply much less than it actually is and the token price may rise faster than expected. This brings us into our next point regarding increasing token value. Reducing supply is a very important aspect, but locking or temporarily reducing token supply also plays a key role as a network effect multiplier. For example, if projects incorporate a staking or token locking scheme similar to how MyBit does for asset collateral on MyBit Go as well as for voting weight in the MyBit DAO, then price effects can happen at a much faster velocity. If for example 70% of MYB were staked for voting then the price with 100,000 users would be $60.6 instead of $18.18 ($18.18/(1-0.70)). While locking may seem like a fantastic concept to increase token value, it is important to take into account the terms of locking tokens. If at some point in the future all 70% locked become available for withdrawal and everyone "unlocks" them then, in theory, the price would drop down drastically to the $18.18 price estimate where no tokens were locked.

Previous
Uses
Next
The Future (Outlook) 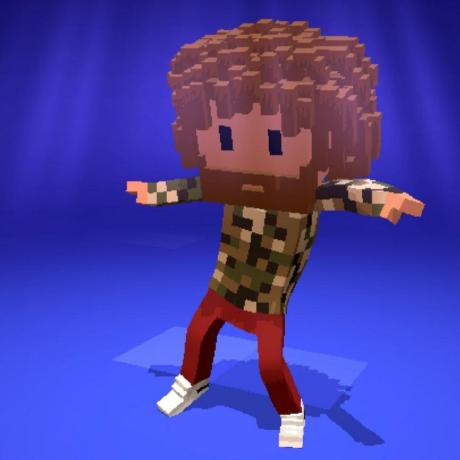